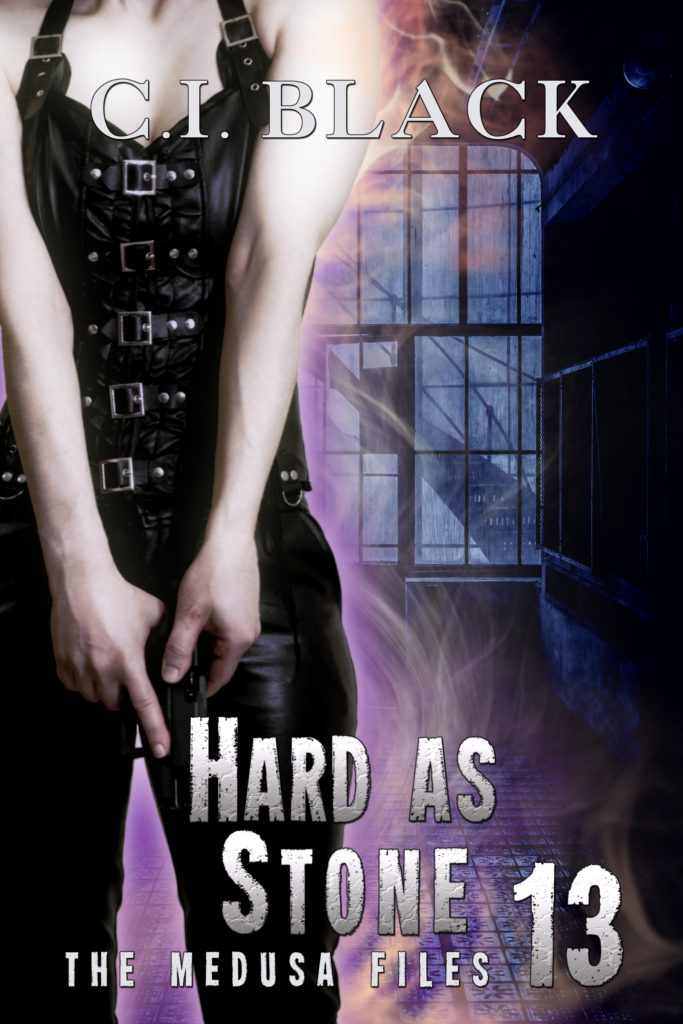 Hanging in the balance…

The final book in the Medusa Files series.

Morgan is out of options. Ander has proven with deadly force that he can possess anyone and she barely escaped the confrontation alive. As it is, the team is in shambles—injured and in shock. They need help… a plan… anything and everything. What they really need is more magic including magical healing, protection from possession, and anything else that could be used to defeat Ander.

But Morgan knows the truth. This is her fight. Alone. It’s always been her fight. Except even if she can somehow push her powers beyond their limits, she fears she is no match for Ander and her only real option to save her friends is to make the ultimate sacrifice.

Morgan lunged at Keir, who stood at the bottom of the staircase in Rentz’s secret trophy room with a wicked grin lighting his angular face. Alarms blared around them, and glass from the display case he’d smashed littered the floor by his feet and sparkled with magic.

Gold light flared from his eyes and a golden god-glow burst around him. She grabbed for his arm, but he jerked to the side, cracked his collapsible baton against her shoulder, and knocked her into another case. It toppled over, and the glass shattered. Fire and weight roared through her, and she staggered to catch her balance and breath. Magical light exploded from the jewel that had been inside as it skittered across the carpet, and a miniature sun blazed, sending waves of sweltering heat into the room.

“Morgan.” Sarah scrambled to her feet and raced down the stairs. “We have to get the bowl and the jar.”

Keir howled with mirth, smashed another case, and grabbed the metal cylinder inside. “Six and a half minutes,” he said, his voice somehow carrying over the blare of alarms.

“Fucking loki.” Morgan wrenched away from him. Fire licked over her eyes and the crushing weight of the djinn ring billowed. “What am I looking for?”

“I last saw the bowl in an individual case to your far right,” Sarah said, bolting for an aisle leading to the back of the massive room. “I’ll get the jar.”

The image of a crystal vessel the size of a cereal bowl flashed into Morgan’s mind, along with the location of the case: to her right, around a corner, and two more cases down.

“Six minutes,” Keir called and he skipped deeper into the maze.

Shit. Morgan bolted to the crystal bowl’s location, except the individual display case wasn’t there. In its place stood a bigger case filled with shimmering shoes.

“Sarah, when was the last time you were here?” Sweat beaded over Morgan’s face and neck and between her breasts, and her breath burned from the heat and the djinn ring.

“A while.” Panic filled Sarah’s mental voice. “Rentz never struck me as a man who rearranged things once they were perfect.”

“I guess things weren’t perfect.” Morgan scanned the display cases near her. Robes and capes to go with the shoes. They didn’t even know if the bowl was still in a solo display case or in a larger case with other items—

Or if Rentz had traded or sold it.

The bowl might not even be there. And jeez, the heat was becoming unbearable.

“Lachlin says there’s a boar ogre driving fast in your direction,” Portia said in Morgan’s head. “He says the emotional intention is too strong for it to just be some guy on an early morning drive— Wait—? What—? Are you a full empath?”

Morgan could just see Lachlin rolling his eyes at Portia.

“Right, never mind,” Portia said. “The ogre is about five minutes out.”

Crap. If the bowl was there, Morgan had to find it. Now. Their options for keeping Loric alive weren’t good without it. Please, God, don’t let Rentz have sold it or moved it too far.

She rushed down her aisle, her muscles screaming and sweat sliding over her skin, and headed toward the sitting area in the center of the room. Still no bowl or dishes of any kind.

“Five and a half minutes.” Keir dashed down an aisle a few feet away from her and knocked over another display case. He grabbed a black pouch sparkling with magic, bolted around a large case with a solid wood back, and disappeared from sight.

Morgan raked her gaze over that case. Engraved slabs of stone. The case opposite it had more stone. So, too, did the case beside that. More fiery power crackled across her eyes and swelled in her chest.

Move. Just move. There wasn’t any time to be slowed down by the ring. She bolted down the rest of the aisle, searching for anything that might be a bowl, and reached the sitting area. Now there were a dozen aisles for her to choose—and those aisles doubled and tripled as they got closer to the outer walls. She couldn’t search everywhere, but she had no idea where to look.

“The ogre is four and a half minutes out,” Portia said.

“Anything else in here that might offer healing or protection from possession?” More needles in this haystack would increase their odds of success. There had to be something.

Morgan scrambled down the next closest aisle, sweat squelching in her shoes and slicking her clothes to her body.

“Can’t find what you’re looking for?” Keir called in a sing-song. He stood in front of her, tapping his baton against the glass front of a large case. He hadn’t even broken a sweat.

“You’d have everything you wanted if you’d just waited for Sarah to disarm the alarm spell.” The fire in Morgan’s eyes flared along with the tell-tale contraction of an impending eruption. She drew in a sharp breath and somehow yanked the blast back.

“What fun would that be?” Keir smashed the front of the case and grabbed three gems inside. “Gotta make it look like a real robbery or Rentz will be able to figure out who the thieves were by what was stolen.”

“You’re insane.” Even if that logic made a twisted kind of sense.

“I’ve got your back, snake charmer.” He flashed her a wicked grin. “Oh, and four minutes.”

“You have to get out of there,” Portia said. “The ogre is three and a half minutes out.”

Keir grabbed another handful of gems and bolted away.

“You need at least a minute to get out of the trophy room and back to the van,” Ross said.

They couldn’t leave empty handed, and yet she couldn’t just grab anything. The idea that they had to break and enter made the part of her that still thought of herself as a U.S. Marshal squirm. Not to mention she didn’t know anything about the magical gems in the case Keir had shattered. With the luck she’d been having lately, she’d pick up something useless or, worse, cursed.

The power in her face contracted, and she slammed her palms to her eyes before it could blast free. Leaving granite dust everywhere would also be a huge giveaway to Rentz as to the thief’s identity.

“I’ve got the bowl,” Sarah said in Morgan’s head, relief flooding her tone.

“What about the ointment to protect against possession?” Portia asked.

Find it or escape? Stay or go?

If Rentz’s man noticed their van on the street, that could lead him back to the team and the Shadow House. Rika was good with eliminating video evidence, but there could still be eye witnesses who could identify the van. Anyone who survived the ambush on the prisoner transport and saw them leave could have mentioned a gray cargo van. They couldn’t risk Rentz somehow making that connection.

“We have to leave it.” Morgan reached the end of her aisle close to the back wall and turned down another, scanning as many of the cases she passed as she could.

“We can’t face Ander without protection from possession,” Ross said.

“I can’t let Rentz connect you to this.” The fire in Morgan’s face seared. Her whole body was on fire. “The van needs to be off the street by the time that ogre gets here.”

“And Loric’s life?” Morgan passed a large case with tins and jars, skidded to a stop, and wrenched back to it. “If we’re caught, we won’t be able to get that bowl to him.”

Dozens of jars stood on narrow shelves in the case, intermixed with tins and jugs and ornamented boxes. All sparkled with a magical shimmer. It was here. It had to be here.

“Time is running out,” Keir called from the top of the stairs.

Morgan’s pulse pounded and the weight of the djinn ring contracted around her. She just needed a moment. If she scanned too fast she could miss it. She pulled the image of the ointment jar from Sarah’s memory into her mind’s eye. It didn’t look very big, like a high-fashion ceramic cream jar, all black with gold filigree swirls.

It had to be there—

Except she couldn’t see it. She wiped sweat from her eyes with the back of her sleeve.

Her attention jumped to the case beside it. More jars and tins.

She rushed to that case, sweeping her gaze over those items. It. Was. There. She knew it was.

“What are you going to do, Morgan?” Keir called. “You’re running out of time.”

We use cookies to ensure that we give you the best experience on our website. If you continue to use this site we will assume that you are happy with it.Ok